If you are a fan, or if you’ve been paying attention, then you already are aware of the growing pulp revolution. A return to the storytelling style of days gone by, Sword and Sorcery, Raypunk, and Cosmic Horror. Stories inspired by the worlds of H.P Lovecraft, Edgar Rice Burroughs, and Robert E Howard, to name but a few.

The latest volume of such stories about to hit the market is “Dreams of Fire and Steel,” edited by Alex S Johnson and published by Nocturnicorn Books.

The list of featured authors in this collection is impressive, but one author, in particular, holds a special place in my heart. Travis J Gates: Creator of the character, Minister, who made his appearance in Barbwire Butterfly’s collection of sword n sorcery, “The Devil’s Armory” two years ago.

When I first started taking writing seriously, I came across some art by Travis J. Gates on the ever-popular Facebook group, The H.P Lovecraft Historical Society, and fell in love. I contacted Mr.Gates, and we became fast friends. Besides following his work which has appeared in collections such as “Barbarian Crowns” and  “The Junk Merchants- A Literary Tribute to William S Burroughs,” Travis has become a sort of modern-day, digital pen pal to me.

It was he alone, that encouraged me to write the short stories I’ve written and submit them, offering me guidance and advice along the way. Thanks to him I have not only had the ten or so stories I’ve finished published, but I have made more friends and contacts in the world of small press publishing and the Pulp Revolution.

“Dreams of Fire and Steel” (whose title pays homage to a line by Howard) will feature two new Minister stories by Travis J Gates, and to celebrate, I reached out to interview him. He gratiously accepted my offer.

I sincerely hope you will enjoy picking his brain as much as I did, and hope that you too will pick up this volume of fantastic stories when it drops. Link to the book’s page found here: https://www.facebook.com/dreamsoffireandsteel/ 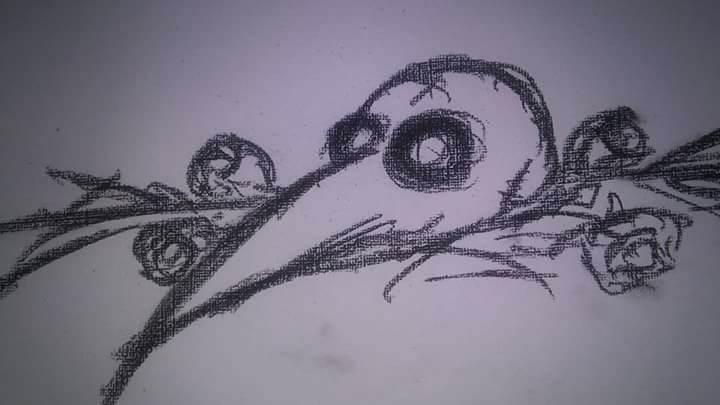 B.Michael Stevens: I first came across your character, Minister, in the Anthology “Devils Armory.” Which I believe was a spin-off from “Barbarian Crowns.” And now we have two more Minister stories (At the Hearth of the Gilded Lamb, and The Witch-Tree of Harper’s Hollow, respectively) to look forward to in the upcoming Anthology, “Dreams of Fire and Steel.” I wonder if we could start with you telling us what gave you the idea for this remarkable character?

Travis J. Gates: The answer to this one is simple: I love Robert E. Howard’s Solomon Kane stories, especially the setting. Europe in the 1600s was a dirty, filthy, magical place. So I tried my hand at a Kane story, and Minister stepped in instead.

B. Michael Stevens: I get the impression that Minister is a bit of an anti-hero. Does he serve a higher purpose or is he out for himself?

Travis J. Gates: Minister is putting together a puzzle, and some shady characters have some of the pieces he needs. He’s working on something that will have immortal consequences which is why he seems so callous to mortals: they’re just irrelevant in the long run.

B. Michael Stevens: Have you always had a soft spot for anti-heroes? Deathstalker? Elric?

Travis J. Gates: I like the first Deathstalker movie. I’ve never had any encounters with Elric. When I think anti-hero, I think Garth Ennis’s run on Punisher. Frank Castle’s goals are entirely selfish, but they do end up serving some “greater good,” and he chooses his methods for serving that ideal. That resonates with me in a Sinatra kind of way.

B. Michael Stevens: In the past, I’ve read you saying that you don’t much care for most fantasy. But you seem to adore Robert E Howard’s work. What, to you, is the distinguishing feature between, say popular high fantasy such as LOTR and what we could expect from DND fanfic, versus the pulpy sword and sorcery genre?

Travis J. Gates: The dirt. REH’s stories seem to be set in a used sort of world where the people don’t really do good for good’s sake. Conan may carry the One Ring, but he’s going to bed some buxom maidens on the way and may sell it for a fair price. It’s the difference between Alien and Star Trek. One is a rigidly defined and quite obviously a created utopia, and the other is truckers in space. Tolkien’s world is great if you’re a linguist or if you like myths and legends, but it never rings true in the way that so-called low fantasy does. In Conan, the fantasy elements are frosting on an already enjoyable cake.

B. Michael Stevens: Do you think the return of Pulp is a response of some kind? Why do you think we are seeing a resurgence of pulp in both sci-fi/sword n sorcery/horror?

Travis J. Gates: Every generation has to find the pulps in their own way. In a world filled with active shooters and terrorism, there is a definite appeal of Lovecraft or Howard who wrote that mankind was inert in a much older universe. If horrible acts don’t matter in the long run, it makes them easier to live through.

B. Michael Stevens: Insightful. Are there plans for a Minister novel?

Travis J. Gates: Definitely. Or maybe an anthology if there’s interest. I’ve got five or six more stories that I’ve worked out but haven’t set to paper yet.

B. Michael Stevens: Are the Minister stories set in a particular world? What can you tell us about it?

Travis J. Gates: When Minister is in our world, it’s very much the historical world of the 1600s. There’s another dimension that he hops in and out of, though. I call it The Way. It’s basically a highway that intersects different spaces and times. There, magic exists, monsters can be bargained with, and superstition is fact. It’s something I’ll be exploring more soon.

B. Michael Stevens: Does Minister work alone or is he part of something bigger than himself?

Travis J. Gates: Minister is an independent, but he’s always looking for a companion that he can outrun if something nasty is chasing him.

B. Michael Stevens: Do the stories tie together somehow?

Travis J. Gates: The three stories published so far have a chronology to them. I try to reference the history throughout. I actually see them more as episodes than stories. I always had a soft spot for Flash Gordon serials.

B. Michael Stevens: I understand that you suffer from rheumatoid arthritis. That must make writing difficult. Not that we are complaining, cause we love your stories, but why do it?

Travis J. Gates: My stories were initially conceived to entertain myself. Sometimes, I think they’re good enough to share, so I write them down. All of my heroes have been authors. It’s what I’ve always felt I should become.

B. Michael Stevens: You’re an avid reader and connoisseur of pulp and retro sci-fi/horror films. If we were stranded on a desert island, what three books and what three films would TJ Gates pack in our luggage for us?

B. Michael Stevens: So, what’s next?

Travis J. Gates: Hopefully there will be interest in a Minister anthology. I would also love to see Solomon Kane get the Conan and Cthulhu treatment with new stories. I’d definitely write for that…

B. Michael Stevens: That would be cool. Well sir, thank you for your time. We look forward to the release of this incredible looking book. Till next time.

The other works of Travis J. Gates can be found here:

And be sure to grab this up when it drops!
https://www.facebook.com/dreamsoffireandsteel/ 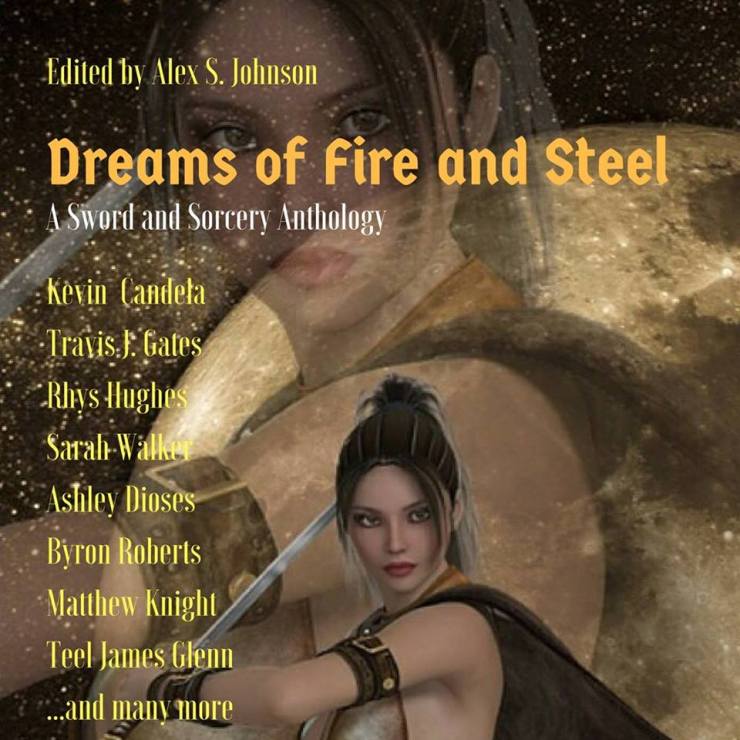 Join our mailing list for free stuff, updates, stories, and all sorts of cool sci-fi and fantasy related stuff!